Have you ever wondered what the world would be like if blogs and/or the media had existed 400+ years ago? What would our civilizations be like if the common folk (well, I don't know if I can consider myself common folk in comparison to the billions living in poverty around the world) had been freely expressing their thoughts and being read - or if not read, at least putting their thoughts onto a medium that could be read in the future. What sort of art forms would have been created, or political organizations, or prejudices erased or strengthened?

So thinking about what the world would be like from all of that is one thing, but then start to imagine the collective waste of thoughts that were never said in human history. Even on a personal level, each of us could probably write several books full of our opinions on things (from the mundane to the politically important, from the nanny when you were 4 to the mailman). All of that mental energy expended for what? Nothing. Nothing will ever come out of those thoughts - or could something be produced by them? What if amongst all those billions of thoughts there were some magical gems that held some universal truth that no one else knew, but the person who thought it never felt it important to say it? What if someone did stumble upon an alien but couldn't speak or write? Or knew the answer to some of the world's greatest mysteries?

I wonder if there's a way to harness all our current thoughts and put them toward a good cause. I know David Rushkoff has mentioned an Open-Source Democracy, but could that extend further that was more inclusive than exclusive? How do we hear the ideas of all the refugee camps or the people starving in Africa? Are their thoughts worthless? Do we have to use technology to achieve it or are their some low-tech answers that could be used to help this?

What if every citizen of the earth was required to do an exchange trip to a remote part of the world to talk with a person or a group of people? A Thought Missionary, who's only responsibility is to record someone's thoughts, stories, experiences and then bring them back to their home community to share, or to enter into some grand thought bank that was open to anyone in the world. Would some of the yuppies who exist benefit by talking face-to-face with someone who lives on pennies? Would it stop human greed or destroy our capitalistic/materialistic world knowing that money can't solve the world's problems? Will it help remind people that there are only four important things in the world: food, water, family, Earth.

I have no idea, but maybe it would make us stop living such a fake and useless life and get us onto a higher road. I mean, think about it. We have people who make a living serving gourmet coffee to people and people who make a living by just talking to other people because they claim to be crazy or in need. It's absurd when the world is just falling apart and the only thing we care about is a Starbuck's coffee. 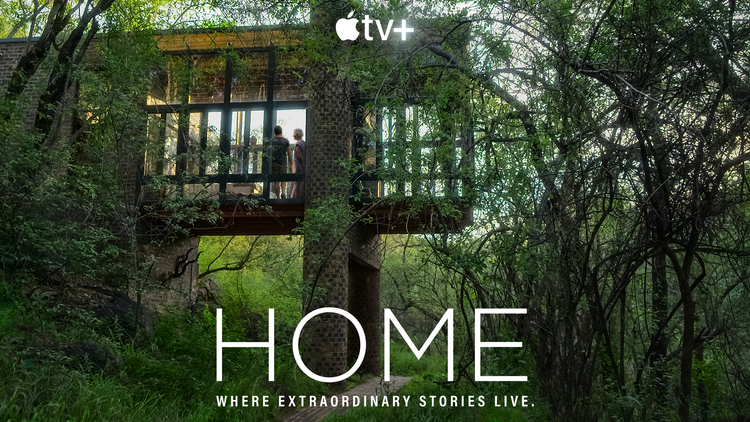 For the last few weeks, I have been enamoured with a newer series on AppleTV+ called Home. This series is different than the other types I listed as it is more of an exploration of what a home can be and silently asks the question, “What should a home be?”
Aug 21, 2022
4 min read
Apr
26

I found this conversation between Matt Taibbi and Chris Hedges quite interesting. Chris Hedges is a former New York Times journalist and author.
Mar 29, 2022
2 min read