Permanent results only come from permanent changes in diet and lifestyle.

A friend suggested I check-out a site about a juice challenge, and that led me down a white rabbit hole. I explored his site, discovered he had a documentary, watched it, and decided to make a big change in my life.

The documentary was Fat, Sick, and Nearly Dead. Joe Cross is an Australian fighting an autoimmune disease that had transformed from a fit and active young man to a very sluggish, overweight, and very sick one. He decides to trek across America exploring how people eat and take on a juice fast: 60 days of nothing but juices squeezed from fresh fruit and vegetables.

I watched with interest as he gave out the usual factoids about how poor the common man’s diet really is in America:

Those items are important. What stood out for me was watching him lose the weight on screen and seeing how re-energized he was in the face. The real kicker that made me want to do something similar is when he started working with another man who had a similar condition to his. Joe Cross started off around 300 pounds, this other man was nearly 400. Week by week, the pounds melted off the other man’s body from drinking juice and being more active. By the end of his sixty days, he was running and had lost a tremendous amount of weight.

The documentary ended. I sat on my couch for a few minutes, shared the film with other friends, and then immediately started to research how much a juicer was going to cost me, plus seek out some recipes.

Juicers can range in price from $50 to $400, depending on the brand. Joe Cross recommended a Breville juicer, which have a variety of styles and price points. I decided to go with one I found locally, a Jack Lalanne Power Juicer. It was around $100, had decent reviews on Amazon, and was cheaper than the Breville option of similar size and power.

Tuesday night was my first night attempting a juice and it turned out to be a great success. I’m following the Juice Recipes 30 Day Challenge partly because it’s designed for beginners, but it also includes a handy shopping list for each week. No need to add up how many apples I require, Juice Recipes consolidates them into one 5 pound bag, for example.

Needless to say, the juice tasted great, cleanup was not too difficult, and I easily made another Wednesday morning. I am excited to see where this takes me and wonder if I could pull off an all juice fast for 7-10 days to flush out my system. For now, it is only one heavy juice a day and will see how I feel after 30 days. By heavy juice, I mean a juice that is rather condensed. Last night’s juice was: three apples, three large carrots, and four stalks of celery. This morning’s juice was five apples, two oranges, and two stalks of celery.

If you are at all interested, I highly suggest checking out the movie. You can find it on Netflix, Amazon, iTunes and so forth. The trailer is below. 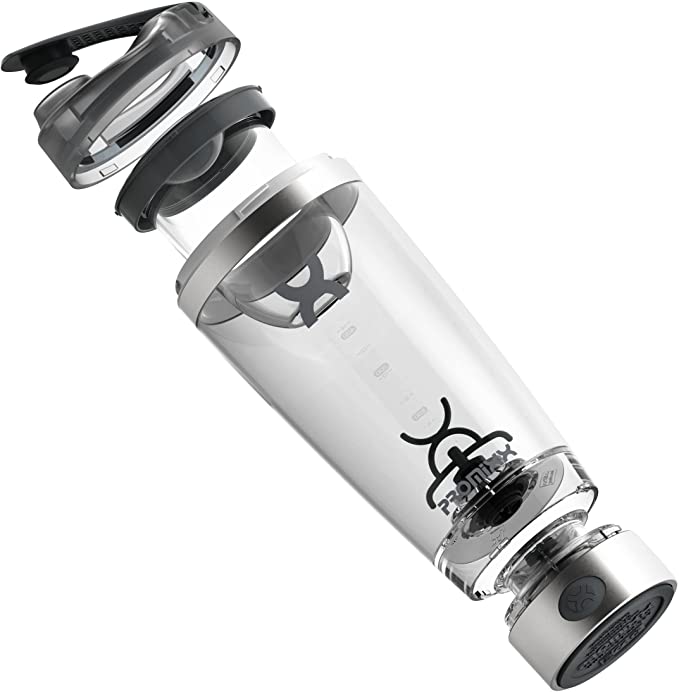 No Shaking, no Lumps, smoother smoothies and a better taste overall. ProMixx Vortex Mixer is a great addition to any fitness enthusiast's kitchen or gym bag.
Dec 12, 2014
2 min read
Jan
01

Almost one year to the day, I started blogging again. I had gone through several different versions of blogs trying
Jul 13, 2011
3 min read
Jul
16

The Paleo Leap, or A Step Back in Time