I recognized last fall how much time I was spending on Twitter and social media in general. The cycle of scrolling, swiping down to reload, then scrolling more was endless and mindless. I found myself thinking, “What am I getting from this?”

Over a month ago, I set out the goal of wanting to spend less time on Twitter and social media in general. At that time, I was approaching a month of not using Twitter; today, it’s been two months of not using it regularly. I wrote about the few times that I did glance at it in January, and I did a good job of avoiding it through February, as well. I thought it would be useful for some, especially future me, to lay down some thoughts about what I have gained from this experience, and expand further on why I chose to do this. But also, what I have missed.

Twitter has become what Cal Newport would call a hive mind. His definition (from A World Without Email) frames the hive mind around the workplace but I think of it in a social manner. His definition:

A workflow centred around ongoing conversation fuelled by unstructured and unscheduled messages delivered through digital communication tools like email and instant messenger services.

Cal writes about the hive mind being a constant distraction in the work day. That is also true with social media, but even more so with Twitter or Facebook. Generally speaking, those sites are more actionable than Instagram, TikTok, or YouTube, which are more passive. The action items are responding to a comment, looking something up to help someone, verifying if something is true, or turning on a show/news/sports if something interesting or exciting is happening.

Passive sites, much like TV, don’t require you to do much besides scroll in search of the next item of interest. The engagement is watching the content with rarely any next steps happening except scrolling to the next piece of content. Scrolling or watching on those sites is more relaxing for the most part, as long as you trim your feed to show favourable content from people you trust. The exceptions to this being the act of creating content or instant messaging.

I found myself spending more time on Twitter both looking for more information and looking for more actionable items. It left me with that question that I asked at the beginning, “What am I getting from this?”

The answer would have to be discovered by cutting Twitter out as much as possible.

Whenever someone sets out on a “30 day trial without X,” the results are generally going to be positive. I think we are all pretty good at identifying what is actually harming us, but rarely have the will to start, or rather stop, having X in our life. That’s why shows like Tidying Up with Marie Kondo or books like Atomic Habits are so valuable. They provide solid actionable items to get us moving in the right direction.

The best course of action with eliminating something from your life is to start slow and build up until it is removed from your life. I knew that wasn’t going to work with me cutting out Twitter, because I had tried constantly since the release of the Screen Time capability on Apple products[1]. I was able to set limits on the time allowed on apps, usually an hour. With Twitter and Instagram, I found myself hitting the “Ignore Time Limit” button daily. In order to remove myself from Twitter, I would have to force myself to not open the app or website.

I would probably suggest a different approach than the one I took with trying to avoid Twitter. Instead of deleting the app, hiding it, or moving it to a different location on my phone, I left it where it was. Whenever I felt the urge to open it up, because I wanted to avoid doing something else, I refocused myself on the task at hand or found a different activity to put my energy towards. For example, I have finished four books this year already, well over 1,000 pages combined. Considering how busy I was with work, I think this is a great personal achievement for myself.

I am rather surprised that I have gone through these two months mainly successful at this task. I can’t imagine someone who wants to quit smoking will be able to quit by carrying around a pack of cigarettes in their pocket.

Being able to successfully avoid Twitter for over a month was assisted by one major thing: there was nothing happening.

I mentioned before that one of the main draws to Twitter was sports. Watching sports at home alone is entertaining, but nothing beats the shared experience. Watching sports, music, movies, basically anything live will always be a better experience than something on a TV or alone. Having Twitter available in my hand with the game on made me feel like I was experiencing it with others.

In the month of January, there wasn’t much happening for me to have those shared experiences. My Seattle Seahawks had been eliminated from the NFL playoffs long ago. I am not a fan of hockey (with a few exceptions) and basketball, and wasn’t up early enough to watch Premier League matches. I started to feel the pull when the NFL playoffs started, and found it irresistible to check on a few sports-centric accounts during the games. That pull was strongest during the Bills-Chiefs game in late January, which has been called the best playoff game ever, for good reason.

The next weekend’s games were pretty good, and the Super Bowl was decent. Through it all, I found myself only glancing at a few accounts after the games had finished, which were only on Saturdays and Sundays. Not a huge amount of time sunk into the app.

I was fairly certain when I started to avoid Twitter that sports would be the main reason why I got sucked back into it, but it wasn’t.

In the latest Dithering podcast episode, Ben Thompson and John Gruber discussed their opinion about how Twitter has fundamentally changed the world in its sharing and consumption of information. Information used to be delayed and edited by the various levels of media. In order for a business to get their message out, they had to publish a statement or advertisement in the newspaper, radio, or television, or news events were reported on hours or days later. But now, anyone can publish information with a press of the button and have that information be viewed by hundreds, thousands, or millions. Instantly.

That firehose of information can be useful in a few ways. As Ben Thompson says, “the media takes its cues from Twitter.” What is going viral, whether it be a news story or a meme, is newsworthy for their media platform. But the other more important thing that happens with the information is it brings out a collective emotional response, like how I enjoy reading the reactions to others from a big moment in sports. On a much larger scale.

Matt Taibi, in 2018, wrote about how the “24-hour cycle created in consumers a new kind of anxiety and addictive dependency, a need to know what was happening not just once or twice a day but every minute.” The “need to know” is, quite simply, intoxicating. The more invested you are into the hive mind pumping out the information, the more you want to keep seeking it out or participate. You want to be part of the hive and move in the direction it is heading.

This is especially true if you happen to be online when something first breaks out. There are countless examples of this, but to name a few: the firestorm after Justine Sacco’s tweet about Africa and AIDS at the end of 2013; the riots of Ferguson, Missouri (2014) and Kenosha, Wisconsin (2020); or the US Capitol attack in 2021, all of which had lots of video clips and live commentary on Twitter. More recently, it has been the Canadian convoy protests in the last month, both locally and in Ottawa. And, of course, there has been the endless coverage of COVID-19 the last two years.

As these events unfolded, it was difficult to look away from the stream. I wanted to seek out other channels of information and learn more about what was going on. The convoy stories piqued my interest, but I didn’t feel the need to stay on top of those news items 24/7 like I did the other events. I had a more passive approach to the news cycle for the first six weeks of 2022.

What ultimately made me want to log in and scroll Twitter again (as opposed to looking at certain accounts or threads) were the events in Ukraine in February.

I happened to be glancing at Twitter on my phone about something else when I noticed the top tweets being about the invasion of Ukraine. I didn’t need Twitter to know something could happen in that country, as it had been discussed on numerous podcasts, blogs, and the national news for awhile. Twitter allowed me to see what was happening in that moment, without commentary, before it hit the major news networks. Getting the information high before anyone else.

I will admit to browsing Twitter a lot more over the last week than I did over the previous two months to see what was happening in Ukraine, the response from Europe, United States, and Canada. But since it is Twitter, like every other social media platform, I saw a lot of stuff that I really didn’t want to see at that moment and advertising.[2]

I found myself not really caring or missing about all the extra stuff on Twitter. It is definitely a different environment to be in with all this information flying at you. I found it more draining. The constant flow of information meant an always on filter to find what I wanted to see. I think that is why I have grown fond of following blogs and newsletters: I can be more selective of my reading for the type of information I seek or the mood I am currently in, rather than having a website guide me in what it thinks I should be reading/seeing.

We are all searching for a certain kind of hit from social media when we browse. I knew that before I took the two month absence from Twitter. After being away for nearly two months, I started to ask a different question: is that search for the high worthwhile when there is quite a lot of junk?

Right now, I don’t think it is, which is why I am going to try to avoid Twitter as much as possible, and contemplate avoiding other social media platforms, too.

Music creates an emotional attachment to our lives like nothing else can.
May 27, 2022
5 min read
May
01 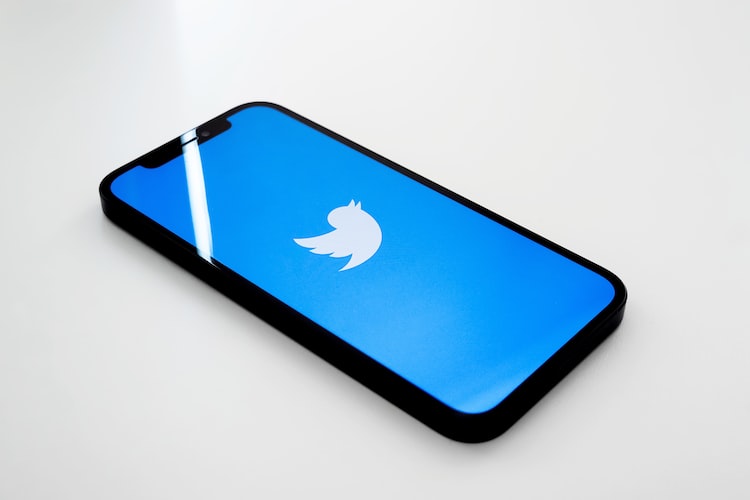 The week was surrounded by news of Elon Musk's offer to buy Twitter. Here is a collection of the articles and podcasts I found the most interesting to frame my opinion about the deal.
May 1, 2022
5 min read
Apr
25

Some interesting thoughts on what Musk is doing with the purchase of Twitter, written by Ranjan [https://twitter.com/ranjanxroy]
Apr 25, 2022
1 min read
Feb
23