I always lived with the belief that life didn’t really begin until you turn 30, but I didn’t realize how true that actually was until I had turned 30 myself. It seems as though people spend their 20’s mainly figuring out who they are, and where they want to go, without actually getting that far down that path. Of course, there are exceptions out there, but I am not one of them.

My 20’s were spent going up a hill, stopping, then deciding I wanted to start all over again. Not build upon past achievements and learn from previous mistakes, but instead try to relive those years and try to do better than I had done before. I stopped my studies at University half-way through to take on an internship in Hartford, CT only to return to University after six months with a newfound energy to tackle on other challenges.

Before I left, I was taking on 4 courses a semester, which seemed a lot at the time. When I came back from Hartford, I decided I needed to take 4-5 courses and have a full-time job on top of it. I was pretty burnt out by the time I graduated. Instead of taking the year to focus on work and not studying any further, I made the choice to leave my job, the city, my friends and business associates to go to Syracuse, NY to work for far less pay and start over. That was a story in itself, but it did teach me a valuable lesson: plans are more likely to fail than they are to succeed, so plan accordingly.

After a frustrating year there, I made the decision to leave and go back to my hometown. I thought I would be getting back into my line of work and study, but instead decided to take a fairly dramatic turn to get into the hotel business. When I took on the Front Desk position at a hotel, it was only supposed to be for the summer, and then I would figure something else out. Funny enough, I’m still working in the hospitality business five years later – almost as long as my theatre career now. While I progressed through the hotels I was working for, I decided to leave to start all over again. I did leave for a girl who was carrying my child, but I didn’t put up much of a fight to stay in Whitehorse.

Off I went to the Okanagan Valley, knowing only a few things: we had a place to stay (that I hadn’t seen yet), and I was going to be a father in two months. Being a father is an eye-opener to many things in life that you would never notice before. There are too many moments of excitement that you simply can’t plan for. First baths, first taste of a strawberry, first birthday, are all things you know will happen and you can control. But writing my daughter’s name on a piece of paper and having her recite it without any prompting from me? That’s simply priceless.

I have spent the past couple of years since she was born living my life in a similar fashion. I have slowed down my steps to take in the world around me, find those hidden gems, and be thankful for where I am. I am trying to learn to be more spontaneous (which goes against my planning nature) and go with the flow of life. It seems strange to me now to think about how I have to unlearn how I lived in my 20’s to really live now. I know I am not alone with this, though.

I just finished the Walter Isaacson biography of Steve Jobs (buy the book from Amazon, help me buy a coffee). I was struck by how much he actually accomplished after he turned 30 – Mac OS X, iPod, iTunes, iPhone, iPad, iCloud, Pixar, etc.- compared to how much he accomplished before his 30th birthday. He never married until his mid-30s, most of his children were born in his 30s or 40s, and he never helped other people achieve success through mentorship until later in his life. I want to write more about the book since it does have a powerful message at the end that I think everyone can relate to. If you have not read it yet, try to make the effort to do so.

So, where to go from here? Continue to unlearn some of my previous habits that led to unhealthy decisions, and keep focused on what I need to do to keep moving forward. I know what I need to do. It is a matter of eliminating the other distractions that get me side tracked and unmotivated. As I enter my 33rd year of life, it’s time to turn up some big fat bass and keep driving myself forward. 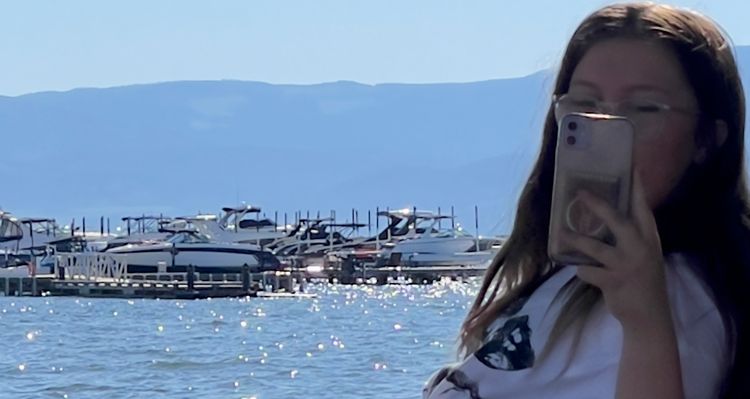 A reflection on my birthday about another difficult year, plus book and music recommendations for the winter.
Nov 11, 2022
9 min read
Dec
31

The predictions I make in these birthday posts have almost become a jinx of Kylie’s life, and my own.
Dec 31, 2021
4 min read
Nov
10

A tough year with more challenges ahead as COVID rears its ugly head once again. Through it all, the fire
Nov 10, 2021
5 min read
Dec
30

> After getting her own phone last year for her birthday, she has spent more time discovering things for herself than
Dec 30, 2020
8 min read