The biggest draw of hotels, though, is the people you meet in them. In the past three years, by virtue of having no fixed abode (and very little shame), I’ve partied with Hollywood actresses and Icelandic reality show stars; I’ve talked my way into toga parties with eight hundred bedsheet-clad female hairdressing students (and then been invited to lecture at their college on “the business of hair”); I’ve been thrown in jail; narrowly escaped being stabbed by Spanish drug dealers and I’ve learned first hand the difficulties of having sex with a girl while there’s a dead woman in my wardrobe. Actually, that all happened in the first six months, before things got really crazy.

Paul Carr is one of the more entertaining writers out there. He used to do a weekly article published on Sunday for TechCrunch, which is how I first discovered him. He is British, a bit crass with his language, but always dead on with his observations.

Here is a snippet of his bio on Amazon:

Paul Carr is a writer, columnist and professional failure. He lives permanently in hotels. His new book – The Upgrade: The Cautionary Tale of a Life Without Reservations – is the story of how he came to have that slightly curious lifestyle, and how it nearly killed him. His previous book, Bringing Nothing To The Party: True Confessions Of A New Media tells the painful true story of how he tried, and failed, to become the next Internet billionaire.

He is also the man behind the NSFW Corp, which is an editorial site with over a dozen writers on it currently. I finally gained access to it (which costs $3 a month) and will write more once I have been able to read more content. Judging from Twitter though, people are really enjoying it. Here’s the search for @NSFWCorp, and here’s one example tweet:

The downside of the @nsfwcorp subscription model is that I can’t share the content with you – but I wish i could . It’s *that* great.

After hitting the publish button on my post, A Canadian in Las Vegas: Where Culture Comes to Die and Be Reborn as a Bastard, I came across his book that I quoted above (referred to as 33 Dry Nights from here).

Hitting the Buy Now with 1-Click was a no brainer decision for me, considering my fascination with Las Vegas and my love for hotels. At less than 150 pages, the book is about Paul’s adventures through Las Vegas staying in a different hotel each night along The Strip. Thankfully, this is not a hotel review book at all[1].

No, this is a book full of behind-the-scene looks at everything Las Vegas written in the most sober way possible. There are no drunken escapades through the strip joints, nor stories of high rollers losing $2,000 a hand in Blackjack. There are stories with the performers from the Absinthe show, conversations with the people behind themed weddings[2], and an interview with The Las Vegas Courtesan (link to Twitter profile, not the NSFW website) who has the mission to photograph every brothel in the state of Nevada.

I picked up the book yesterday afternoon, and have been flying through it. It’s comforting to me, as a writer, to read that Paul’s impressions of Las Vegas are similar to my own. He has far more experience being there than I ever will, and has access to people I can only dream of meeting. He never rubs this in your face, however.

The stories are short, long enough to enjoy and wishing there was more to it. Between the stories about Las Vegas are snippets about his life living out of hotels. This is definitely becoming more of a trend for young people looking to break free from the normal 9–5 job. Being able to work from anywhere is the first step. Working from anywhere is the more difficult second step.

I’m looking forward to reading his latest book about living in hotels, The Upgrade: A Cautionary Tale of a Life Without Reservations and will provide a review of it when completed.

I should also mention that 33 Dry Nights was first published on Huffington Post as a series. It is still there to read, as well, so if you would prefer to check it online: Las Vegas Diary

If you read it, let me know what you think.

A Canadian in Vegas Where Culture Goes to Die 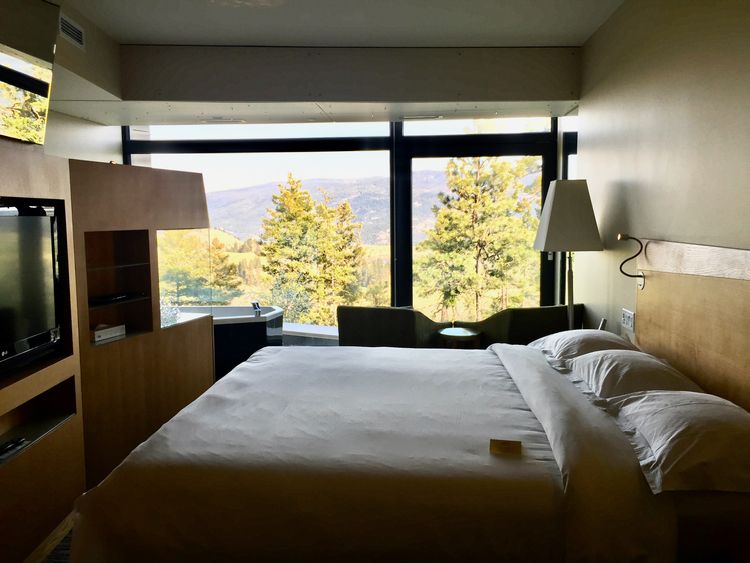 -3.5 million crystals, a cold spa that reaches -110 Celsius, infinity pool, and so many more wonderful things. Read about my experiences
Nov 11, 2011
4 min read